This week has been a tough one. I’ve been filled with so much guilt, been feeling so unbelievably upset, completely emotional in ways I’m not usually and irrationality worried over everything. I can’t seem to shift this feeling even though deep down I know I’m doing nothing wrong. I’m parenting in the exact way that works for our family. My child is happy, healthy and loved. We have a roof over our heads, food in our bellies and shoes on our feet. Most of the time. 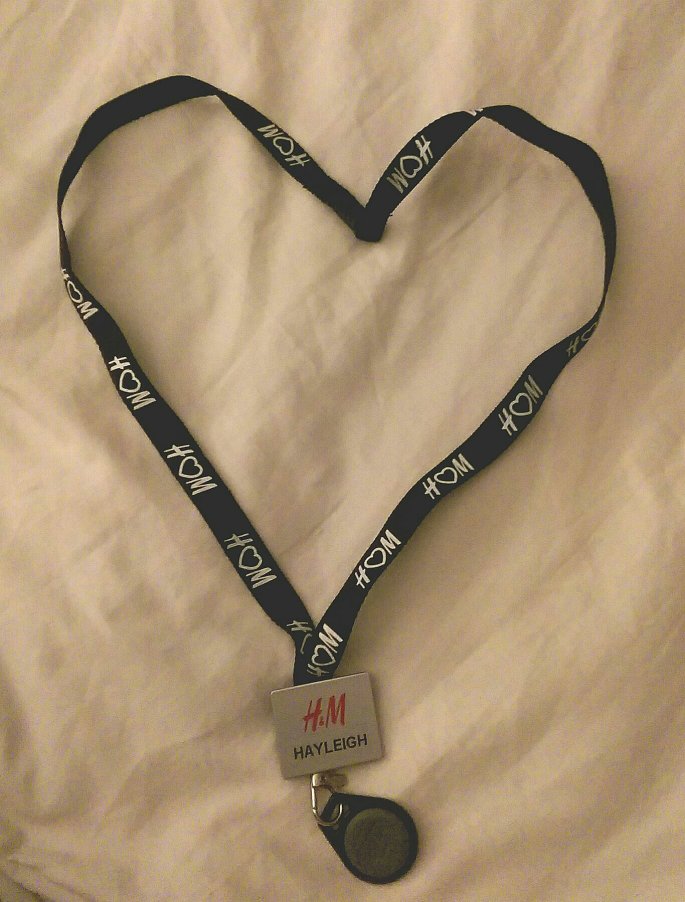 Two weeks ago I started a new job. It’s taken what feels like an eternity, but finally I found someone willing to let me work and to work around my family in a reasonable way. I’m loving being back at work, I love being productive, earning my own buck and having just a few hours in a day where I’m not mama and can have conversations, even if they do revolve around clothing sizes. This is where my first problem has been. I feel guilty for enjoying being away from my child. I feel guilty for leaving her, for not being there every minute of the day, for having others look after her. It’s my job after all, right? Well that might be true, but it’s also my partner’s job. As her father it’s also his place to take care of her. He gets to enjoy one on one time with her. Have daddy daughter days. Why can’t my brain let those be the points it sees?

Going back to work 20 hours a week has taken its toll on me. It’s left me exhausted most of the time. Having tonsillitis on top of it hadn’t help matters any. Needless to say I’ve been a bit touchy this week. I’m so tired, everything has become an effort. Don’t even think of talking to me before coffee because I’ll either bite your head off or burst into tears. I’ve struggled to deal with baby without Scott there. If she gets upset I break down. If she freaks out I can’t cope and have to leave the room. I’m counting the minutes until she goes to bed so I can go to mine. I’m well and truly scunnered. Again I feel awul. It’s not her fault it’s taking me time to get into a new routine. It’s not her fault I’m tired. She isn’t trying to be testing. Yet here I am crying because I don’t know what she wants and I can’t settle her. Here I am begging her to nap so I can lie in silence for half an hour. Don’t kid yourself that you can jump into work the same as you were once before. It’s gonna take time to build it up again. I feel awful for having such little patience this week. 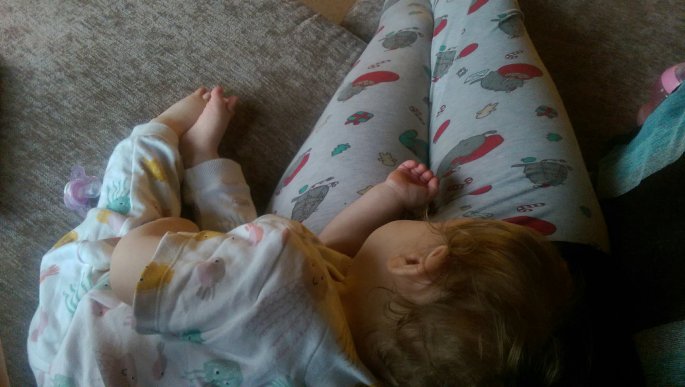 To make things even more fun we are officially weaning off the boob. She has been getting formula for awhile but only on the two occasions she’s stayed with grandparents or when I’ve had long days princessing. Other than that it’s been all boob all the time whenever she wanted. And boy does she help herself. Due to the self-service I thought we would have a bigger fight on our hands but with no fuss at all she took that bottle, snuggled in and guzzled it down as we read her a story. I won’t lie this kinda hurt. It was the first time I’ve looked at her and thought ‘she doesn’t need me‘ her first official mark of independence. It’s been harder on me than it has her and I feel awful not playing my typical role anymore. Truth is, it was time. It had to be done. Being ill for a few weeks caused my supply to drop. I was hardly eating or drinking so not able to provide her with what she needs. It’s not a bad thing to give your baby food. So long as it’s not a bag of arsenic and a spoon, what your baby eats is your business. If they are happy and healthy what dose it matter? Why have I been so upset? Maybe it’s because it’s just another thing that marks her growing up.

The weather has been crap meaning we’ve not got out much over the past week. That again makes me feel like a terrible mama. Having her cooped up indoors for three days in a row watching terrible TV, oh the horror! I know it’s sensible to keep her in on really bad days. I know it doesn’t make me a bad person letting her watch furchester hotel for the 1000 time. I just feel awful knowing I haven’t taken her out to do stuff. Yes we play, read, paint, cook and play in water. Why isn’t that enough? Why do I beat myself up over something I can’t control and that isn’t a terrible act of treason?

The problem is, I expect more from me than she does. I expect myself to be this perfect role model of a parent 24/7 and in all honesty it’s not achievable. There is no perfect way to do anything. It’s time I see that and recognise it. It’s time I just enjoyed each moment with my girl (okay maybe not the tantrums) there’s no point feeling guilty about things that your kids don’t care about.

I hope you are all well and that you too can shrug off that parenting guilt. Your kids love you as you are. Just remember that.